US lawmaker calls for hate crime charges in Atlanta killings 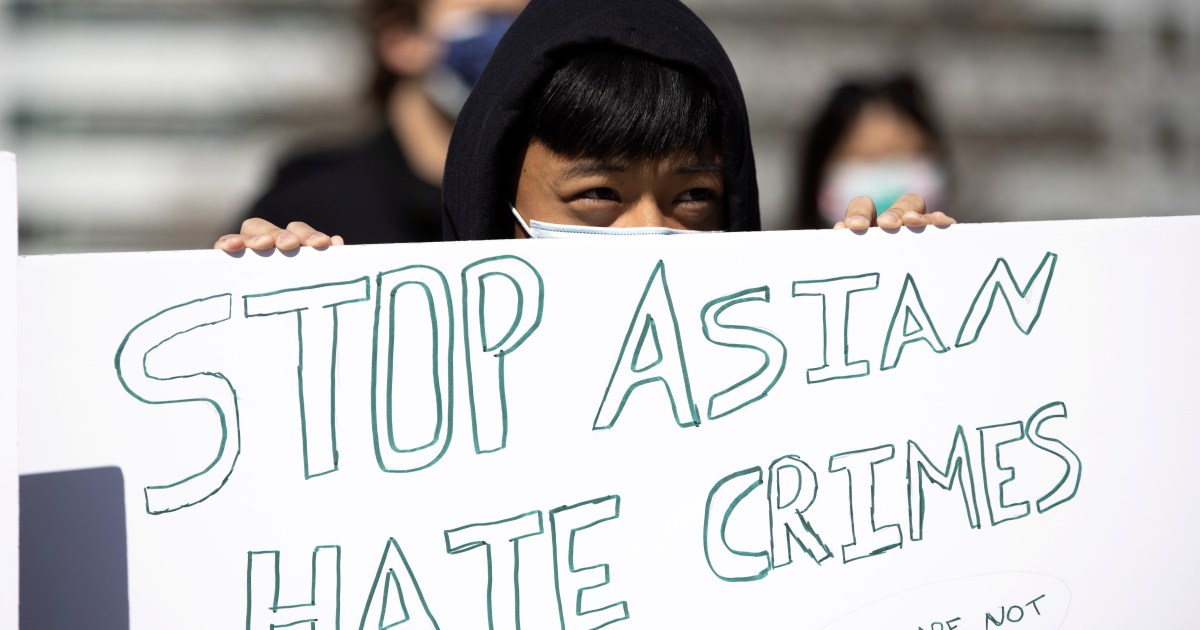 A United States lawmaker is calling on authorities to lay hate crimes charges in relation to the deadly assault on spas in the Atlanta area this month, as a group of legislators visited the US city to pay tribute to the victims of the shooting rampage.

Eight people, including six women of Asian descent, were killed in the March 16 attacks on three separate spas.

The killings sent shockwaves around the country and fuelled fears among Asian Americans, who have experienced an increase in hate and acts of violence during the COVID-19 pandemic.

US Congresswoman Judy Chu, a Democrat from California, said on Sunday that the shooter chose three Asian spas “where there was a certainty that if he shot into them, he was going to kill Asian women”.

“And so to us, it is clear evidence that it is a hate crime,” she said during an interview on NBC News programme Meet the Press.

“But what we are concerned about is whether local law enforcement will indeed prosecute this as a hate crime. That is why we are calling upon the Department of Justice to ensure that there are the resources necessary to provide the evidence to declare it a hate crime.”

Paying our respects to the victims of anti-Asian hate crimes at Gold Spa and Aromatherapy Spa in Georgia. #StopAsianHate pic.twitter.com/KAkPgnTrOF

Chu was among a group of legislators who visited the spas on Sunday to pay tribute to the victims.

Experts have said getting a hate crimes conviction in the case will be more complicated than simply convicting the suspect of murder, however, as prosecutors will need to prove his intent.

But Asian-American community members have said unequivocally that anti-Asian racism, as well as misogyny, played a role in the killings – and calls to charge the suspect with hate crimes are growing.

The alleged gunman has been charged with murder, as well as malice murder – an offence in the US state of Georgia alleging implied or express malice – and aggravated assault.

Meanwhile, several protests have been held around the country during the past two weeks to demand an end to anti-Asian hate.

Anti-Asian hate crimes reported to police in 16 of the largest US cities increased by 145 percent in 2020, according to preliminary data released this month by the Center for the Study of Hate & Extremism at California State University, San Bernardino.

But experts have said that most hate crimes go unreported.

“We know that there is under-reporting going on because of the fear that our Asian-American community has. Nonetheless, I want to send the message out there to everybody that they need to report it,” Chu said on Sunday.

Our route: Meet at Young’s Asian Massage and then drive 27 miles to Gold Spa and Aromatherapy Spa, following the murderer’s route to show just how far he had to travel in order to deliberately target Asian women. #StopAsianHate

US Congressman Mark Takano, who also participated in the visit to the Atlanta-area spas on Sunday, said the Asian-American and Pacific Islander community “is hurting” following the attacks.

The route the lawmakers travelled meant to symbolise “just how far [the shooter] had to travel in order to deliberately target Asian women”, Takano said.

Police arrested a Black man outside his Hollywood home because he was “probably” a domestic violence suspect, even though he...

Police arrested a Black man outside his Hollywood home because he was “probably” a domestic violence suspect, even though he...

US lawmaker calls for hate crime charges in Atlanta killings

Coronavirus: Does obesity increase the risk?

CDC’s Walensky pressed on school distancing guidance: ‘You need to do it now’