CDC’s Zombie Apocalypse Preparedness Guide: The Blog That Will Not Die 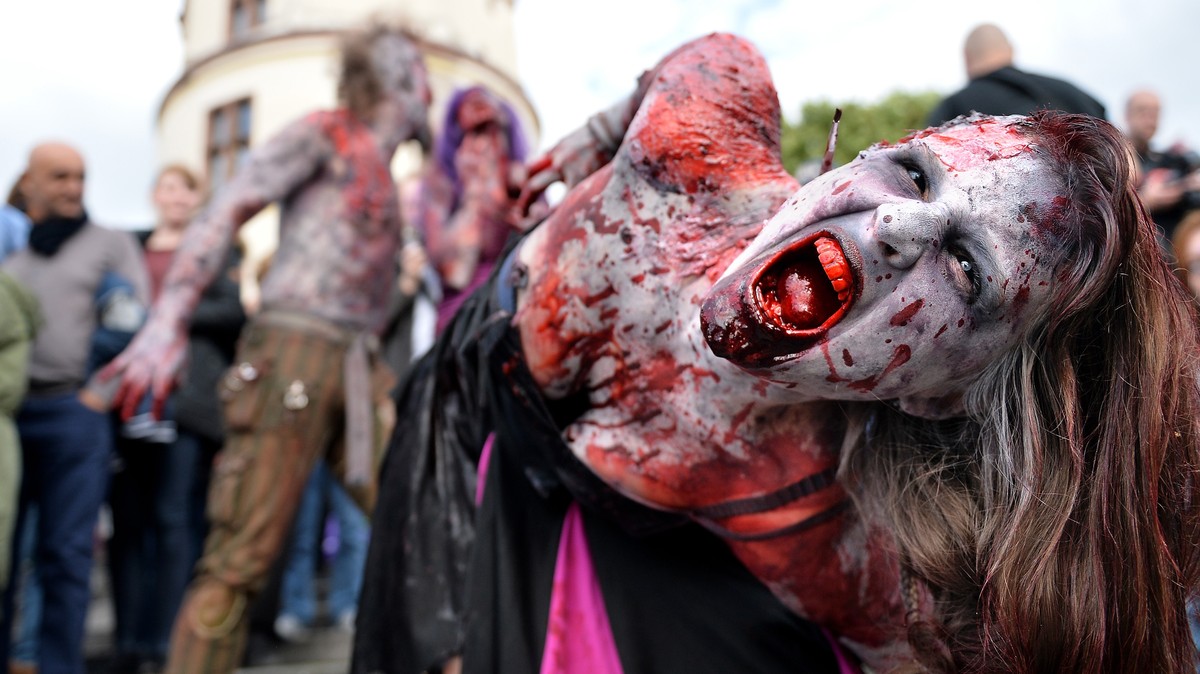 Have you heard? The Centers for Disease Control released tips you should know to survive a zombie apocalypse. Like, you know, just in case. The federal agency did this in 2011, but this decade-old blog post has gone viral again, for like, the tenth time.

“Just in case: CDC shares tips on surviving a zombie apocalypse,” reads a headline from yesterday published by Fox 35 Orlando. The article, which was also posted on the website for Fox 5 DC, has been retweeted more than 13,000 times; “World War Z” is now trending on Twitter. This is harmless, but it is also maddening and shows how the online media ecosystem repeatedly eats itself.

Because the CDC blog has gone viral basically every single year since 2011 and has been aggregated thousands of times without being meaningfully updated, it is a truly successful piece of content by any measure, and it has also succeeded at its core mission, which is to repeatedly get people thinking about what they would need in an emergency. It suggests that you have an “emergency kit in your house” with things like water, food, medicine, tools, important documents, and first aid supplies. This is all well and good, and, as I said, this is good advice that needs to be disseminated widely. (Motherboard covered the blog post when it was released, in 2011).

My beef is that MANY news outlets have force-manufactured this exact same CDC blog into going viral year after year by finding some tenuous thing to tie it to in order to remind people the (Funny? Disconcerting? Surprising? Whimsical?) fact that the CDC—you know, the people who help us with ebola and COVID-19—are talking about ZOMBIES, which are a thing from a TV show. Forbes alone has written about this blog post directly at least three times since it was released (and has mentioned it in many other articles about zombies which, to be fair, included new or unique information or research):

This time, the hook for this zombie content becoming undead yet again is that a website called yearly-horoscope.org has proclaimed that Nostradamus, a guy who was wrong about mostly everything, predicted a zombie apocalypse in 2021. Nostradamus’s “predictions” were infamously vague, allowing people to see whatever they wanted to. In this case, a random horoscope site interpreted Nostradamus’ vague language about “half-dead young people” to mean, specifically, that “a Russian scientist will create a biological weapon and produce a virus that can turn humankind into zombies, and we will all be extinct in the near future.”

What does this mean? WHO CARES! It is a reason to remind people that the CDC’s zombie page exists, as Fox 35 Orlando did, while neglecting to mention that the page is 10 years old and was written during a less, uhh, pandemic-y era.

Websites that have since written up the Fox 35 Orlando blog post (further obscuring the absurd origins of all of this) have mentioned that the CDC “recently updated the Zombie Preparedness section of its website,” therefore giving them yet another “news peg” for this news, which does not contain any new information. This is not really the case, though. The CDC has not meaningfully changed the original blog post that set off this craze in 2011. It has also not changed its zombie landing page, which has zombie comics and posters, though the bottom of the page says that it was “last reviewed” in February of this year. But Internet Archive snapshots show that the page has not changed in years and that all of the resources on the page have existed basically unchanged for a decade (if there were any changes, I could not detect them on various snapshots taken over the last several years on the Internet Archive.)

It may not seem like any of this matters, and, in this case, it probably doesn’t. But the lazy unearthing of zombie content year after year after year does tell us something about the online news economy. By presenting the exact same thing over and over again and by carelessly aggregating bizarre readings of long-dead European philosophers, these websites are showing that they do not respect their readers or their time.

Zion Williamson assesses Pelicans’ ‘disappointing’ season: ‘We just have to be better’

The New Orleans Pelicans failed to make the postseason, even missing out on the NBA’s play-in tournament, which is set...

Vicar will replace religious carvings at her 1120 Yorkshire church with BAME and feminist icons from the Queen and Marie...

‘Give us 10 minutes’: How Israel bombed a Gaza media tower

Youmna al-Sayed had less than an hour to get to safety.But with just one elevator working in al-Jalaa tower, an...

Deaths in Gaza as Israel launches ‘most intense raids yet’: Live

Israel’s bombardment of the Gaza Strip has entered its seventh consecutive day, with air raids in the early hours of...

The moon in Cancer meets warrior planet Mars at 1:06 AM, bringing a boost in energy and confidence. Easy energy...